MORE THAN 25 YEARS OF EXCELLENCE AND ACHIEVEMENT

Springbourne Homes is an award-winning property company which has enjoyed more than 25 years of sustained success in the luxury home market. The flourishing firm is the brainchild of developer Adrian Charles Burr who has been at the helm since the Warwickshire-based company was first formed in 1993.

Adrian had a burning ambition to fire the imaginations of home buyers across the region by using his eye for design and detail, his appreciation of style and elegance and his relentless quest for quality to provide some of the best new homes in the Midlands. The aim was to build elegant houses that were inspirational, exceptional and aspirational. Adrian wanted people to experience “Tomorrow’s Homes Today” by including the latest state of the art concepts, procedures and products into his designs and developments. He wanted to encourage people to “Step up to a Springbourne Home.”

The story began with the building of four outstanding, bespoke homes in the grounds on the historic 18thCentury Sibson Manor House in South Leicestershire. Other prestige projects quickly followed across Leicestershire with stylish, sought-after sites completed in Norton Juxta, Bradgate and Oadby.

The turn of the century brought a new challenge with Springbourne handed the responsibility of re-building the Attleborough Sports Club in Nuneaton, Warwickshire. This diverse venture saw the old clubhouse demolished and a new 21stCentury pavilion and function room erected in its place. The re-design also allowed for 31 quality apartments to be erected on the site to complete a highly successful partnership with the club’s forward-thinking committee, a move that secured Attleborough Sports Club’s future for years to come.

A spectacular development of new homes in Sheepy Parva, Leicestershire, followed and this was an opportunity for Springbourne to transform the old Mill site in the village into something new and vibrant. The Mill itself was converted into luxury apartments whilst the storage buildings opposite were converted into an upmarket, lakeside restaurant, which is now home to the popular San Giovanni’s. Five fabulous bespoke five bedroomed houses were also built within a secluded cul de sac setting on the site. A spectacular sixth home was added later to complete the conversion of this once neglected village site into a magnificent development of new homes to enrich the community.

Grinshill in Shropshire provided an exciting opportunity to develop a unique home in an unrivalled location for a private client who wanted a state of the art dwelling befitting the 21st Century. This eco-friendly project showcased craftsmanship at its very best allied to imagination, innovation and inspiration in equal measure.

Springbourne returned to the Sheepy area to add yet more stylish homes to the villages. First came three bespoke detached homes in Sheepy Magna quickly followed by a return to Kingfisher Way, Sheepy Parva to deliver a stunning 5,000 square foot, six-bedroomed home set in more than an acre of land. This is the biggest, single dwelling the company has built and sold for £1.3m. 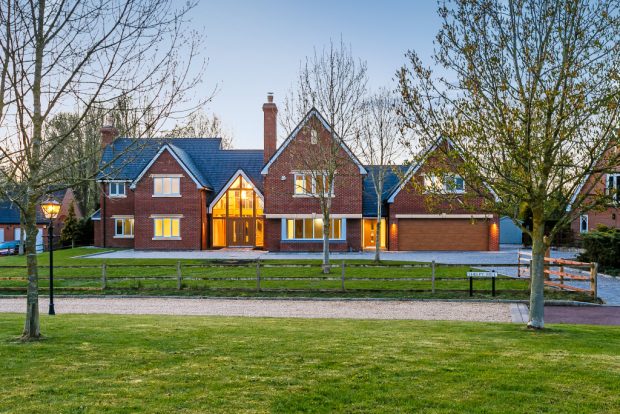 The award-winning company then completed a delightful development of 24 homes at Trout Ponds in Sheepy Magna which proved extremely popular and is now developing the magnificent Hornsey Rise site in Wellsborough, near Market Bosworth. It is without doubt the jewel in the crown of the company’s already impressive portfolio. The idyllic 10 acre site is in the heart of the countryside and enjoys incredible panoramic views on all sides, including over the historic Bosworth Battlefield where King Richard III was killed and the crown claimed by Henry Tudor. Hornsey Rise will deliver 19 homes, all finished to the most exacting standards and already 15 of them have been sold or reserved even though construction is still underway. So the Springbourne success story continues – now watch out for exciting news of their next development very soon! 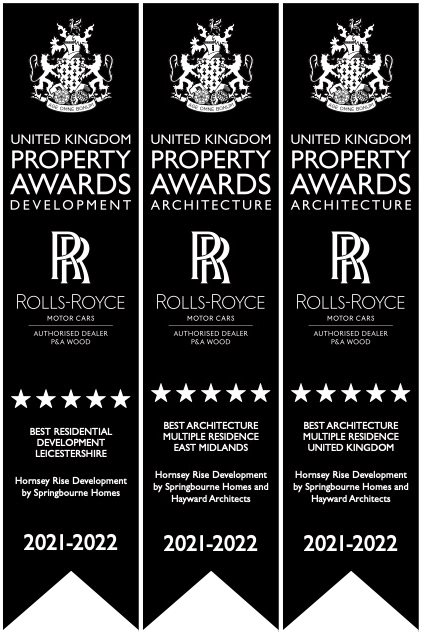